Getting to the Desert – Part 3

In the last post, we had just disembarked in Tangiers.

It was around 8pm and dark and we needed to get on with our journey, but first I wanted a Moroccan SIM card and some Dirhams, so we made a stop to sort that out. At this stage we were still in possession of our mobiles and I thought a 4G connection would help us to navigate to Meknes with the GPS. Finally we were off, on the road south. Priscilla is happy cruising at around 65mph and to start with we were passed by several other Gazelles cars that can go faster. As we got further south we didn’t see any other Gazelles and the mist came down and made driving challenging. Priscilla also developed a rumbling noise from the transmission which concerned me.

However, at around 1.20am we finally arrived at the Ibis hotel in Meknes. Phew! The first Moroccan leg was done. 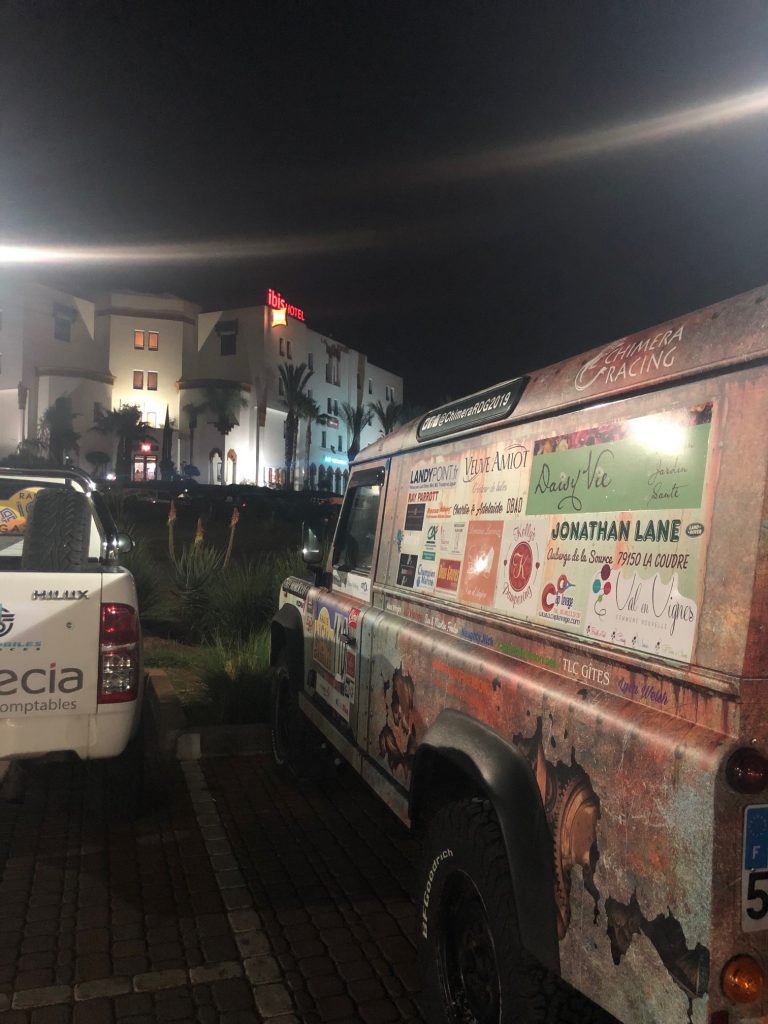 At the Ibis hotel, Meknes

The next morning the most pressing thing on my mind was to check Priscilla as the rumbling noise bothered me. After breakfast we headed out to the car park and looked under the car. The rear propshaft seal where the prop enters the diff was covered in oil, as was the diff casing, and indeed the tarmac – not ideal. We couldn’t change a seal so we decided to top the diff up with oil, and get the rally mechanics to look later. That is easier said than done, as actually getting the oil into the diff filler hole is usually done with a large syringe type thing, which we didn’t have. However, we improvised with a funnel and some cut down plastic water bottles and got the job done, eventually. Once again, we were running late, so I started re packing Priscilla while Haley put the bung back into the diff casing. And that’s where it all went wrong.

I was in the front of the car sorting our stuff out and I heard a single word from underneath. “F**k”

The bung had gone inside the diff casing. Neither of us knew that there is no stop on the thread and Haley had enthusiastically ratchetted the bung right through. An error that could have ended our rally there and then. In Chris’s words when I called him, “You’re f**ked unless you can get it out.” For anyone reading this who is not familiar with mechanics, the differential is basically a collection of large cogs and gears which transfer the power from the propshaft to the rear wheels, and a metal object in amongst those it is clearly catastrophic if they move, so Priscilla was not going anywhere.

Normally my response would not have been printable when Haley said ” I bet you really hate me right now”, but what I actually said was “Shit happens” ….. which it does and just had.

The deed was done and there was no point going over the “why didn’t you” scenarios, we had to try and deal with it if we stood any chance of getting to the rally start.

There were at that stage a couple of other Gazelles left in the car park, and I asked them if they would inform the organisers that we weren’t going anywhere anytime soon, while we looked at how or if we could resolve the problem. The diff casing could be taken off if we could get all the bolts out, but we would lose all the oil in that scenario. We had no other choice. I figured we had enough fresh oil to refill but we didn’t really want to leave the oil all over the car park, so I set about emptying one of our storage boxes to catch it. Haley started undoing the bolts. She was making good progress when a local Moroccan mechanic arrived, contacted by the hotel. We also got a call back from the organisers to say that there was a rally mechanics team about 15 minutes from us, whom they had turned back to help.

Finally with the help of the Moroccan mechanic the casing was off and we could see the bung …. 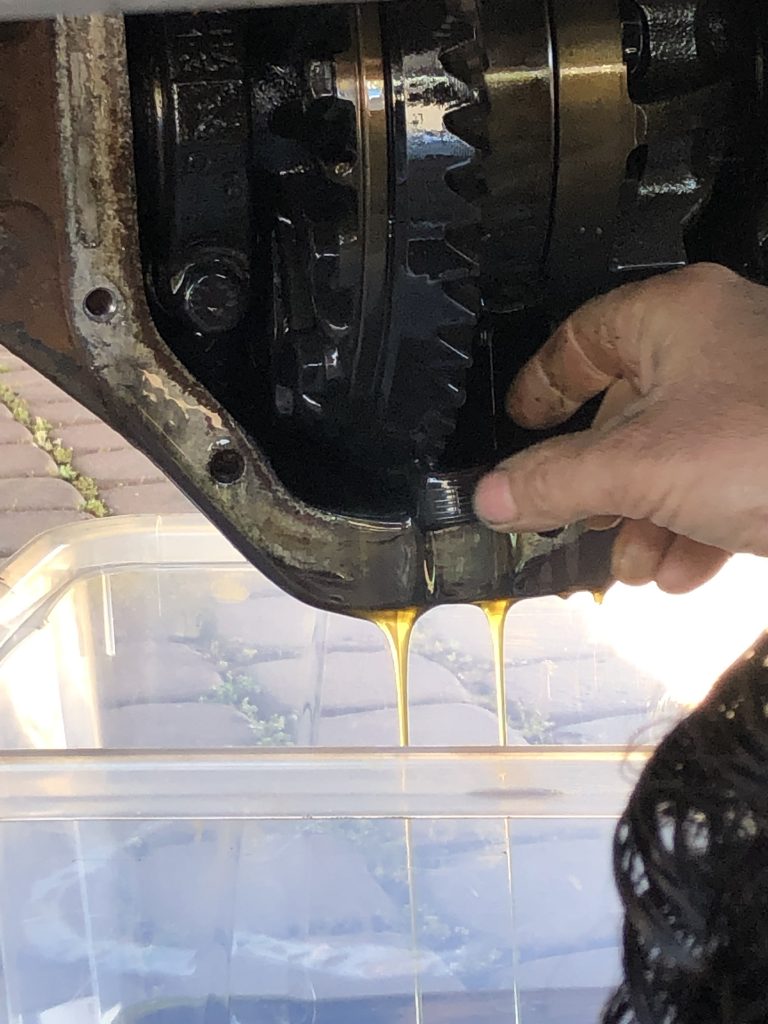 That isn’t supposed to be in there!

By this time it was gone 11am, and we were supposed to have left at 10am. And it still had to go back together! Then the rally mechanics arrived and took over, and eventually everything was where it should be and we could get a much needed drink before getting on the road. 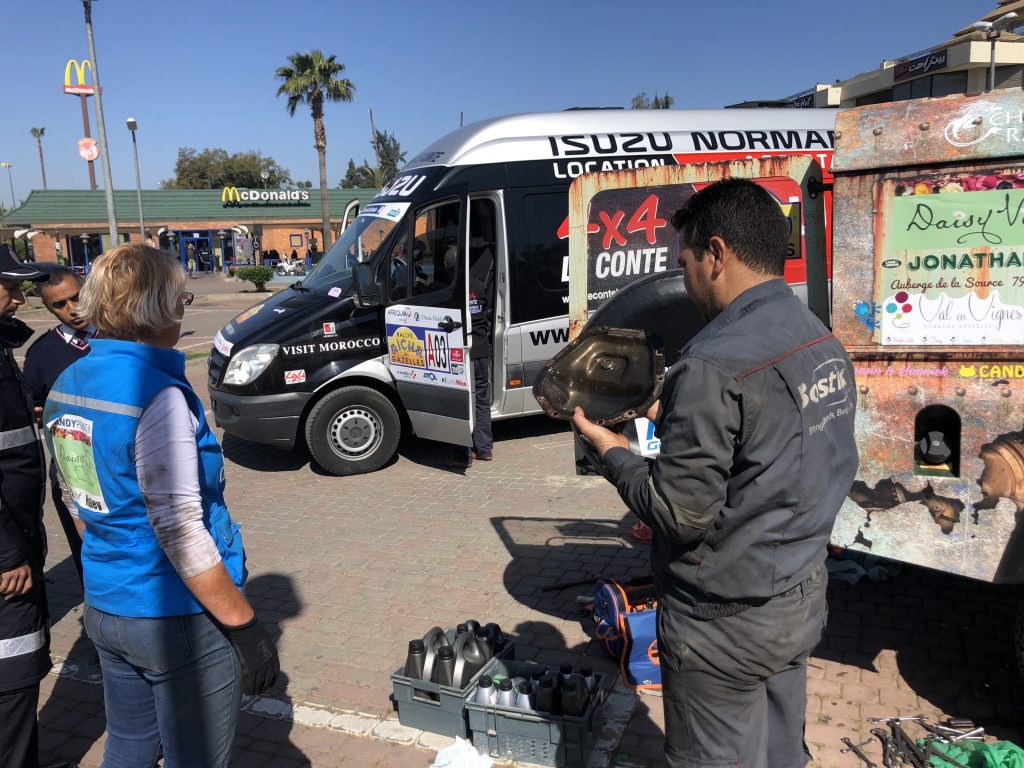 Grateful for the help of all the mechanics 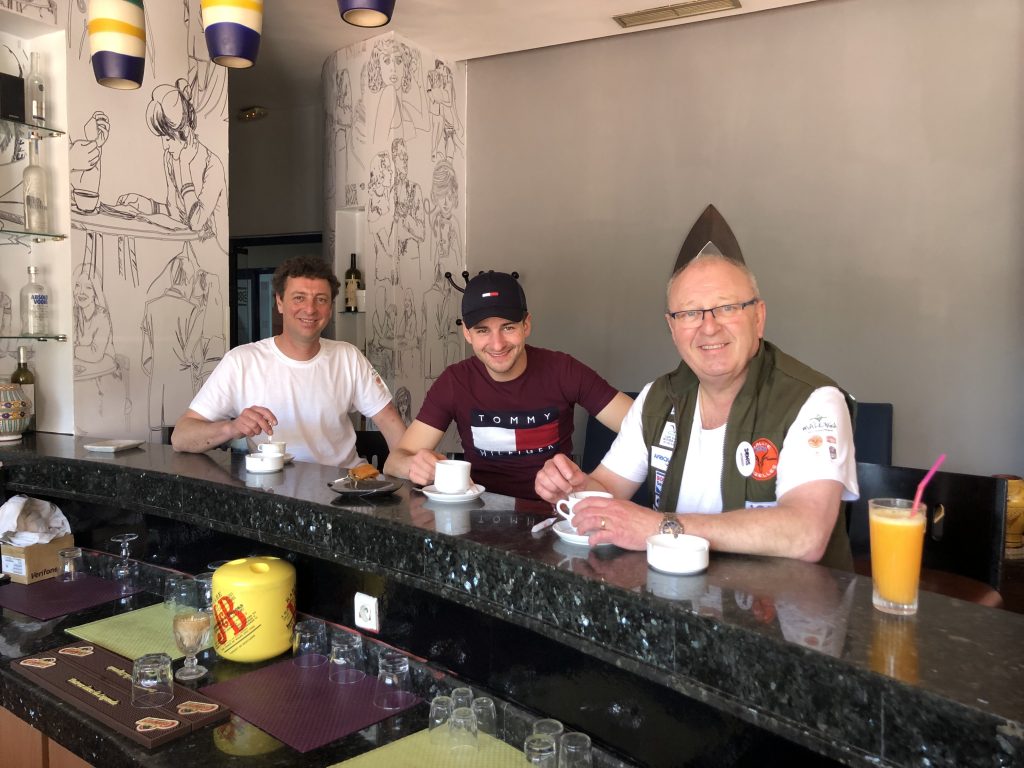 Thanks to Denis Le Conte and his team for coming back to help us.

At around 12.30pm we finally pulled out of the car park and started our onward journey to Erfoud, around 7 hours away. We crossed the Atlas mountains and continued south, passing through stunning scenery and typical Moroccan villages, stopping for animals crossing the road, and marvelling at the diversity of terrain. 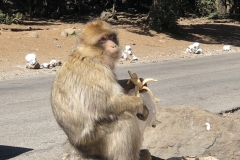 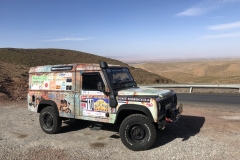 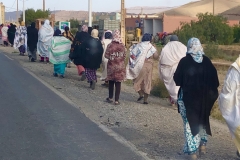 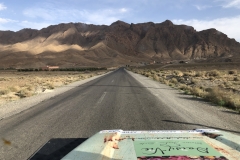 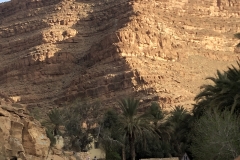 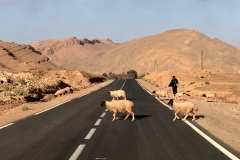 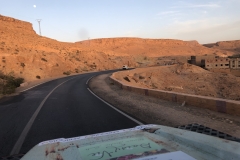 Finally at around 8pm, we checked into our hotel in Erfoud. It had been a long, stressful day, but we were where we needed to be! Our room was adequate, and the hotel had laid on a buffet for the Gazelles and  I was just grateful to be there to be honest. We needed to get rested as the next day was the Prologue, our first taste of the Gazelles competition ……. and that is the next blog post, coming soon! …. 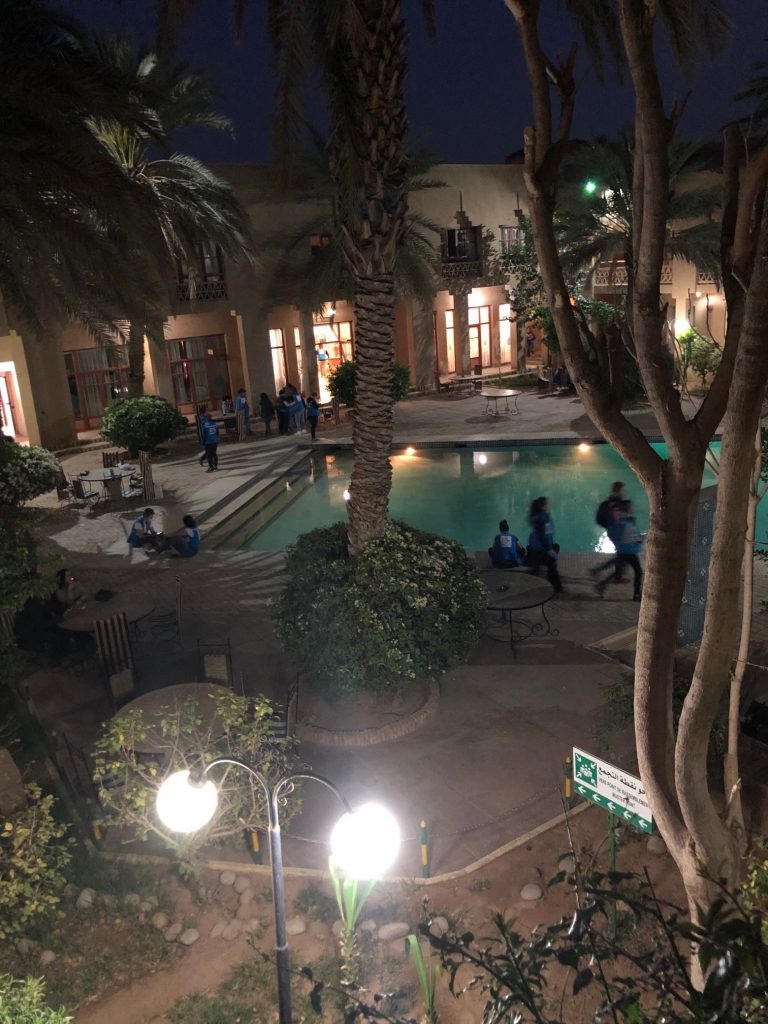 Gazelles at the hotel in Erfoud